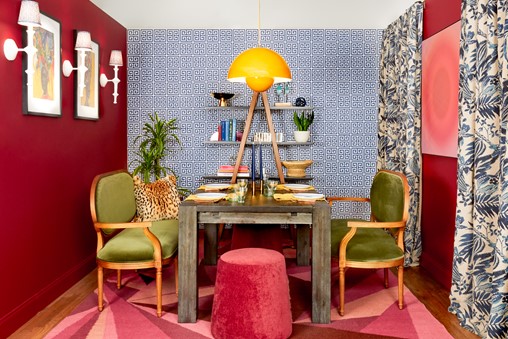 With many hybrid events needing separate virtual and in-person programming to ensure each audience gets an enjoyable, interactive experience, planners are being forced to think outside the box—and spend extra dollars. At the recent ESSENCE Festival of Culture, for example, the hybrid event offered its online attendees an immersive 3D environment for exploring and networking. See more: How the ESSENCE Festival Returned to New Orleans With a Hybrid Event The expectation, not unrealistic, was that once 2020 got kicked to the curb, the new year would prove markedly better for all, including planners. The reality, several months into 2021, is that, while the industry is starting the healing process, groups continue to grapple with making meetings appealing and productive—without losing their shirt along the way. In-person events remain a minefield: Some planners are stuck navigating how to get attendees to feel comfortable returning to attending events in person, especially if their market is still largely locked down. Virtual works fine in some situations, but still lacks the intimacy of face-to-face events. That leaves hybrids, which, given their combined virtual and in-person planning and execution, can make turning a profit or simply breaking even challenging. Here's how to turn over a new leaf with hybrid events. Rethink your game plan. Hybrid and virtual meetings aren’t new concepts, but they went largely untested until the pandemic forced planners’ hands (and wallets) into a quick reckoning last year. “Ultimately, blending virtual with in-person audiences for a hybrid event is difficult to pull off successfully,” says Kristov Martens, co-founder and chief business officer of Montreal-based Matchbox Virtual Media. For many groups, and in practical terms, hybrid meetings are still theoretical, he adds, because “in-person gatherings are prohibited in much of the world right now, so there aren't opportunities to test things out.” That said, re-envisioning what “hybrid” means for a group can provide a good starting point before testing the waters. “When planning, it's important to consider the user experience for each stakeholder,” says Martens. For example, a successful hybrid, both in content and revenues, might feature separate, dedicated sessions and experiences for its respective in-person and virtual audiences, and then use blended content to bring them together. Another option: creating a smaller, virtual event prior to a large, in-person meeting. This will help build enthusiasm for the latter, prepping attendees for major subjects and talking points, and could give sponsors and exhibitors revenue-generating options to buy into one or both events. Finish with a third, virtual event to reinforce networking, solidify takeaways and plan the next steps within your community. Hybridizing can also extend more broadly to the meeting schedule itself by planning and budgeting hybrid events according to destinations and climates that allow for outdoor meeting space. “There really are a lot of different methods that can be used here,” Martens says. Define what "successful" means for your event. Ending up in the black is one metric for judging a hybrid winner, but, given the pandemic’s ambiguous road map, not the only one. The main goal of the Missouri REALTORS January Business Conference and State Inaugural, for example, was to “help our members create connections and advocate to advance current issues in the real estate industry,” says Maria Davis, the group’s director of meetings and partner relations. Due to the pandemic, Davis and her team began planning their very first hybrid event a bit late but still ended up accomplishing their mission, despite coming away from it a little behind financially. “We knew, going hybrid, that our AV costs were going to be significantly higher than past conferences,” says Davis. Branded masks, hand sanitizers and signage for behavioral reminders also added to expenses. On the savings side, Davis was able to cut costs on hotel rooms, transportation, and food and beverage. They ended up with 378 attendees—197 in person at the St. Louis Hilton and 181 virtually—for what Davis terms a decided success story. “This January,” she says, “gave us a better direction for all areas of the conference moving forward.” A version of this story appeared in Connect's spring 2021 issue.